On the 3rd of November of this year–the same day as the US Presidential election–our colleague Gary Wedeking died. Gary was born in 1941 and was a native of California. He grew up and went to school in Oceanside, where his family was involved in the baking industry. He completed his undergraduate studies at Cal State San Diego and then went on to do his PhD at Washington University, St Louis. The 1960s was a time when the convulsions of the Vietnam War led many young Americans to come to Canada. It was during this period that Gary and his wife Marcia arrived in Vancouver, where Gary took up a position in the philosophy department at UBC. He continued to teach at UBC for more than three decades, eventually retiring in 2003. Early on Gary and Marcia bought a home just outside the university endowment lands, not far from the beaches and vistas of Spanish Banks. This was a community and natural environment that Gary greatly enjoyed and appreciated.

Gary’s accomplishments and contributions as a philosopher and teacher were both varied and extensive. His publications covered topics ranging from philosophy of science, to action theory, the history of philosophy, and social philosophy. Early papers by Gary included an exchange with Hector-Neri Castañeda on “imperative reasoning” in Analysis in the early 1970s. He also published a paper on “falsification” that appeared in a collection, edited by Sandra Harding in 1976. (Other contributors to this collection included some of the great luminaries of the period, such as Hempel, Popper, Quine, Kuhn, Grünbaum, Hesse, Lakatos, and Feyerabend.) Among his strongest philosophical interests, later on, was the problem of personal identity, and especially Locke’s contribution to this debate. Along with our colleague Andrew Irvine, Gary edited a collection of papers on Bertrand Russell and analytic philosophy (published by the University of Toronto Press in 1993). In 1990 he published a paper (in the Canadian Journal of Philosophy) arguing that mandatory retirement is not unfair age discrimination – a theoretical view that he put into practice by (voluntarily) taking early retirement before he reached the age of sixty-five.

Those of us who worked closely with Gary will be well aware that his list of publications in no way reflects either the extent or depth of his philosophical knowledge and understanding. He found almost every part of philosophy full of interest and worth engaging with. He communicated this enthusiasm and knowledge of the subject both to his colleagues and, especially, to his students. Gary was a dedicated and effective teacher who was highly regarded and appreciated by undergraduates and graduates alike.

These bare biographical and professional details about Gary’s career do not begin to give a complete picture of Gary’s personality and character. He was, in many ways, a “maverick” and a “free spirit”. He was entirely happy to choose his own path and felt no need to conform to the expectations of established convention. In some contexts Gary could be amusingly grouchy. One episode that I remember particularly well occurred when Gary arrived at a department meeting at a time when he was rather out of sorts with several of his colleagues. While we were all gathered around a table to discuss some dull item of departmental business Gary entered the room wearing a T-shirt with a message written in bold letters: “It is hard to soar with the eagles when you work with a bunch of turkeys.” It is a sign of the general affection that Gary was held in that little or no umbrage was taken and everyone was duly amused.

Earlier in Gary’s career, not long after he arrived at UBC, Gary joined several other colleagues in philosophy (Jim Dybikowski, Ed Levy, and El Rand) in an effort to get the university faculty club to boycott California grapes (with a view to supporting farm workers there). The details of their “political activism” are vividly described in an issue of the UBYSSEY (March, 1969) under the heading “Political grapes squished in prof pad”. When this issue eventually came to a head at a faculty club meeting a procedural row broke out and Gary’s three philosophy colleagues all resigned their memberships. Gary, however, refused to resign on the ground that “the fight’s not finished”. You could always rely on Gary to take his own independent path.

If there is any personality or character trait of Gary’s that requires particular emphasis it is his personal warmth and generosity. This could be hidden under a crusty exterior – but it was very evident to all who knew him well. Even those who did not know Gary well could easily see his affection for his dogs, which frequently accompanied him around the department, even when he was teaching. When my wife and I first arrived in Vancouver and at UBC (in the late 1980s) Gary went out of his way to spend time with me and help me adjust to my new environment. Gary and Marcia’s home became a second-home for us – a place where we were always welcomed and often plied with as much beer, music, books, art, and conversation as we could handle. Gary was an avid collector (i.e. “magpie”) of everything, ranging from records, to books, to paintings, to newspaper clippings, and even cars. Entering his home, cluttered with fascinating items of every kind, was always enormous good fun and entertaining. Gary was a wonderful, independent, and kind person – he will be greatly missed by his friends, his colleagues, his students, and all those who were fortunate enough to spend time in his company. 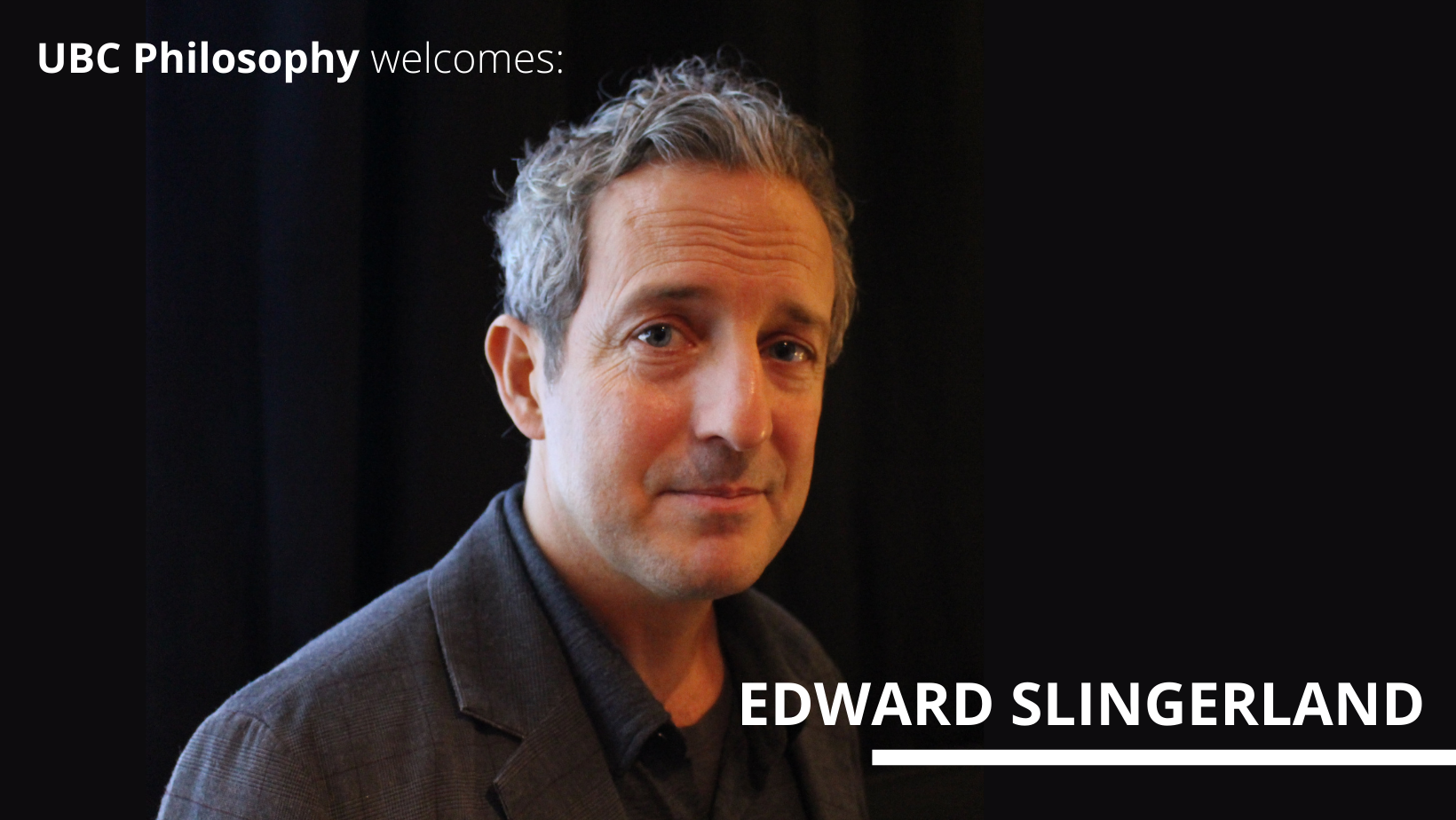 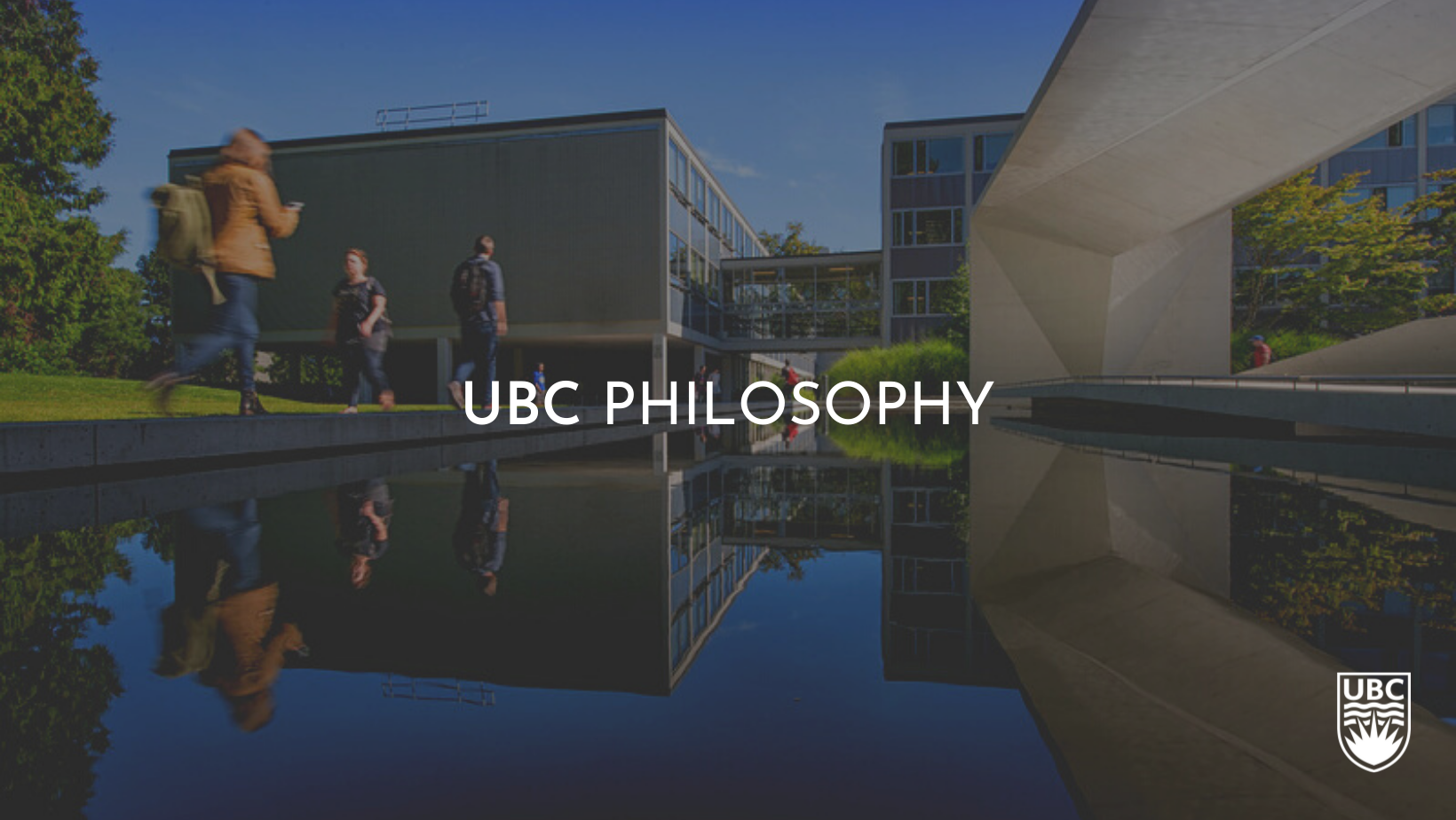 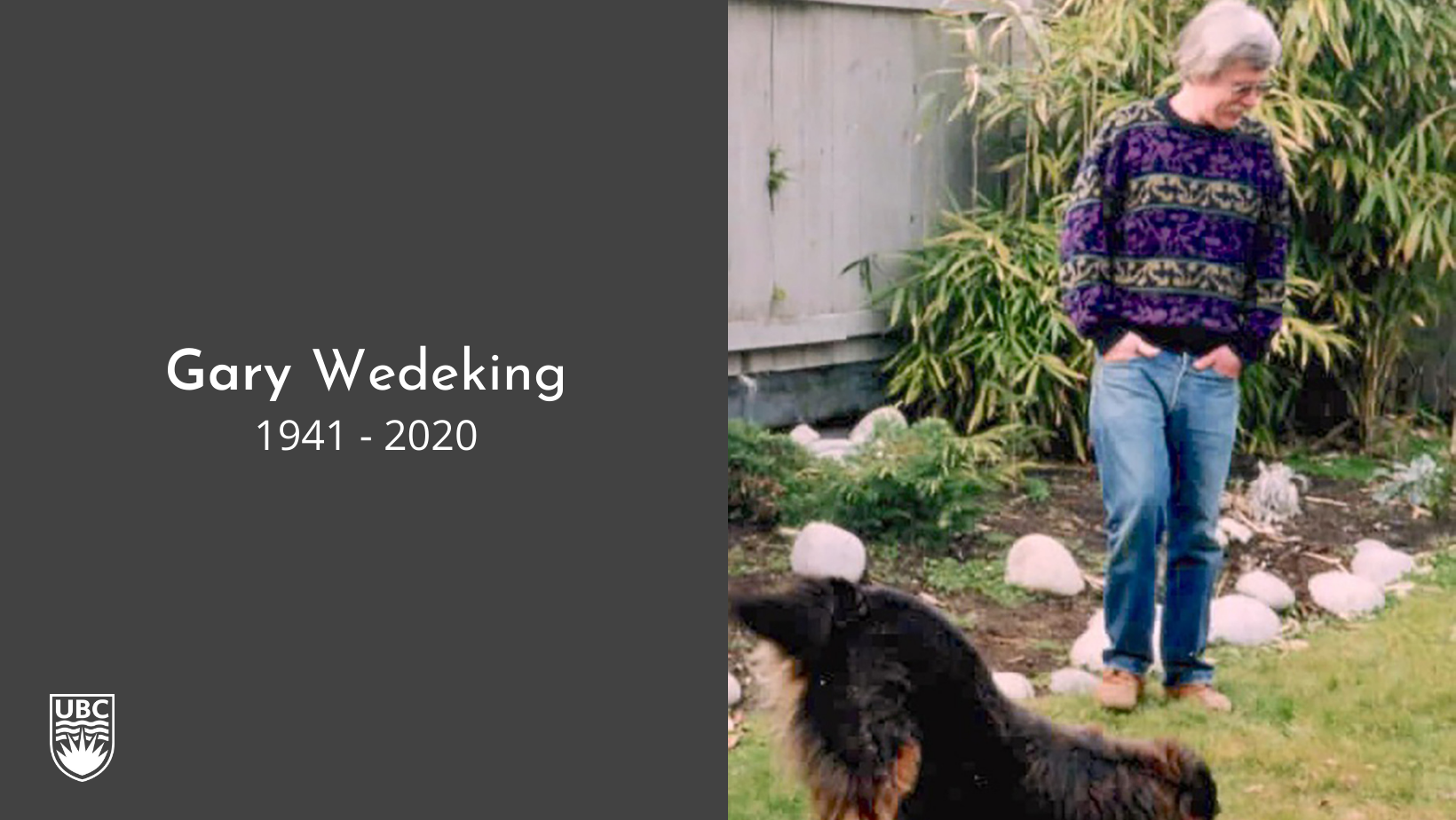